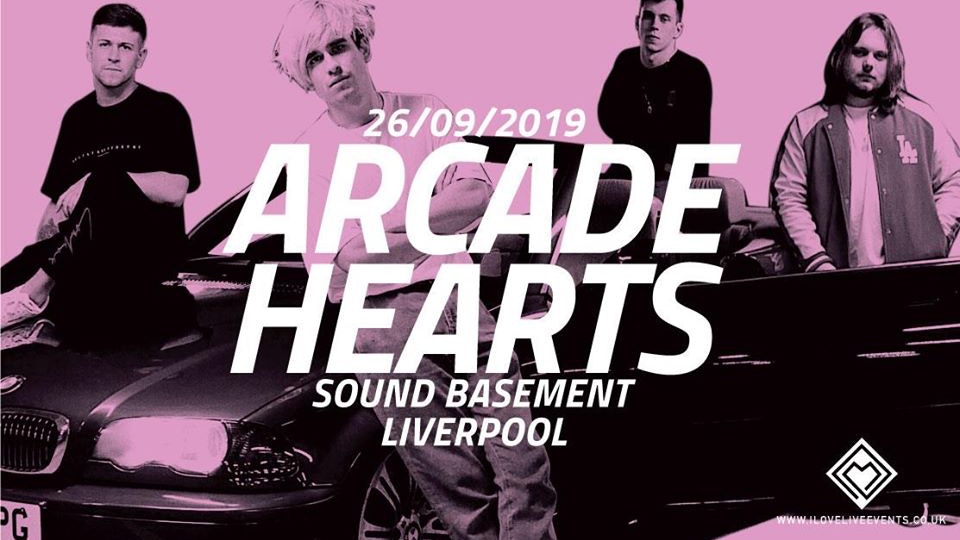 Following on from their debut EP (now at over 100K streams and counting), Gosport electronic pop four piece Arcade Hearts release their first offering of the year in the gorgeous, shimmering and destructive “Y U?”
Premiered by BBC Introducing , “Y U?” balances a rare gift for melody and hooks with the kind of gut-wrenching, beautiful frankness that is sure to continue the intrigue around a band that are already picking up critical support across the likes of tmrw, Spindle and CLASH amongst significant blog heat. Championed early at BBC R1, Huw Stephens has named them in his “Big in 2019” shortlist.
Speaking on the track, AH state: “Y U? is about that one friendship or relationship, where you can never get let into that person’s past or have a say in their present. Pretending & lying their way along, regardless of how destructive it is to themselves and the people that care. Plus everything bops, we love to try and create that.”
The band – comprised of Daniel, Brandon, Charlie and Harry – following support slots for the likes of Fickle Friends and Razorlight and a debut UK headline tour, are currently warming up for a busy festival season playing Liverpool Sound City, CLOSEUP Festival, 110 Above and Hit the North Festival amongst others. With their second EP on the horizon for the end of the year and a second tour set for September, the innovation and technical prowess Arcade Hearts are demonstrating can only set them up for another  milestone year. Get ready to hear a lot more from these boys from Gosport.